If Internet sleuths are to be believed, the PlayStation 5’s codename is ‘Erebus’.

Detailed by ResetEra user Gemüsepizza, two lists of platforms in the Unreal Engine 4’s backend now include a mention of Erebus. Erebus seemingly wasn’t a part of these lists until the latest update to the engine. One list is included below: 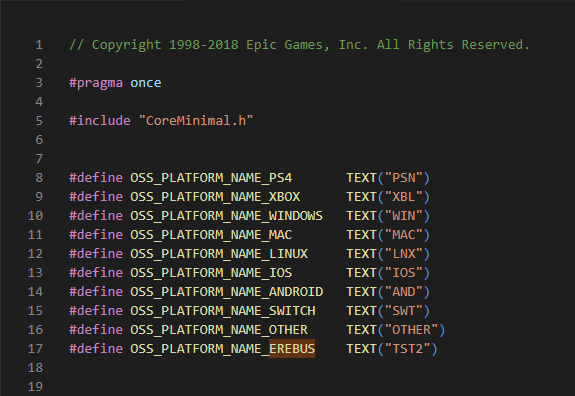 A few extra factors have contributed to why people think this could refer to PS5. First, the name itself: Erebus is a Greek deity that personified darkness. More pertinently, he’s pointed to as one of the first five (get it?) beings in existence.