Ubisoft Confirms Steep Is No Longer Coming to the Nintendo Switch

Confirmed via a reply on Twitter, the official Steep account said “We are wholly dedicated to supporting the live game, and made the decision to stop Steep development on the Nintendo Switch platform to focus on bringing new live content and challenges to Steep players instead. We’ll have more exciting news to share soon.” 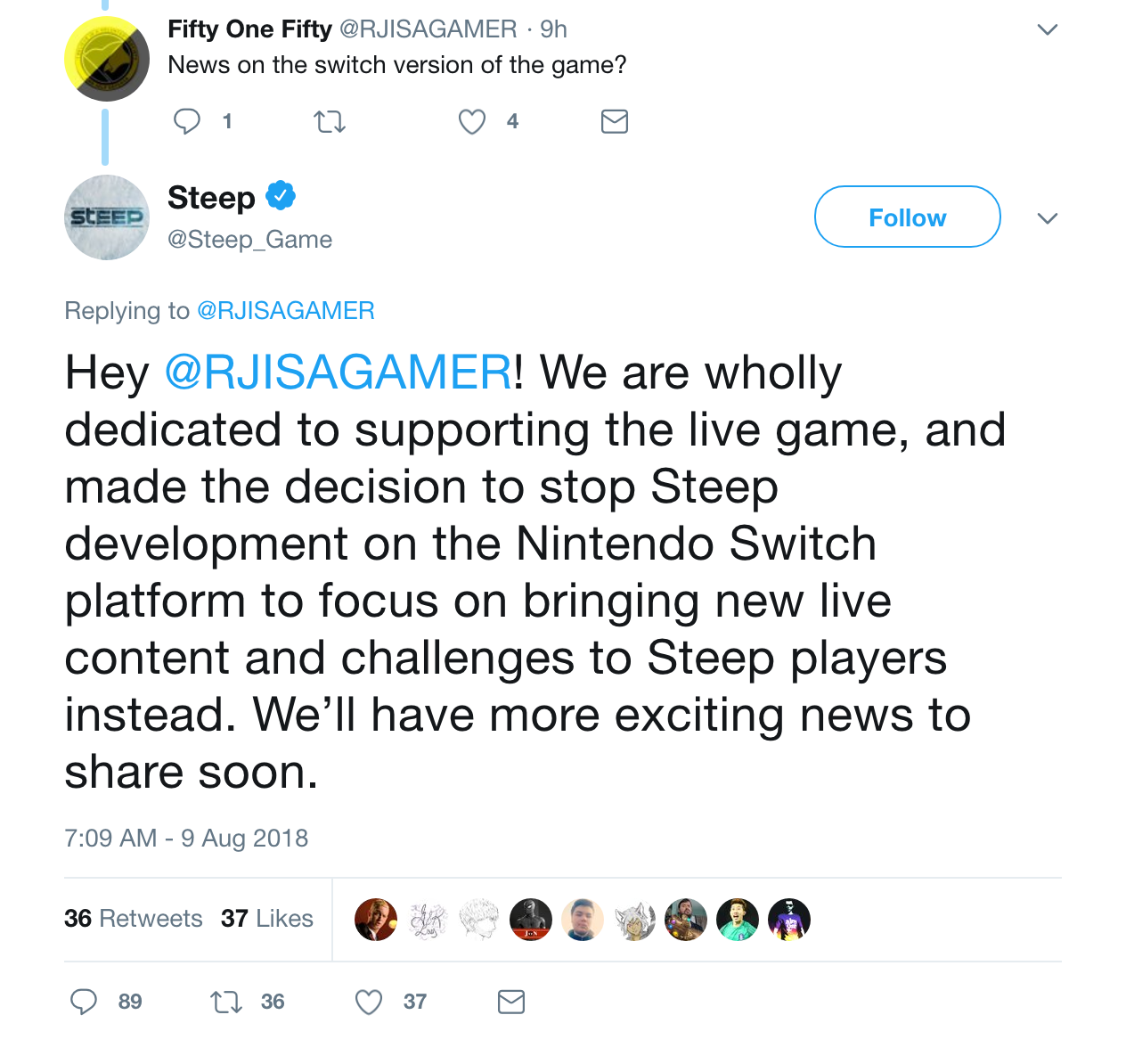 Steep was originally announced during the Switch’s reveal event in January 2017. It was shown alongside games like Super Mario Odyssey, Splatoon 2 and more in a sizzle reel, though while most other games in the video have since been released, Steep for the Switch went relatively radio silent.