Fortnite Is Getting a “Rift-to-Go” Item

Epic Games appears ready to add throwable “Rift-to-Go” items to Fortnite, which means rifts won’t be restricted to static placement in the sky. The addition will come possibly as soon as tomorrow’s v5.30 update.

“A rift you carry in your pocket!” reads a tease for the item spotted by IGN in the in-game new updates panel. “Teleport above your current location and glide down.” 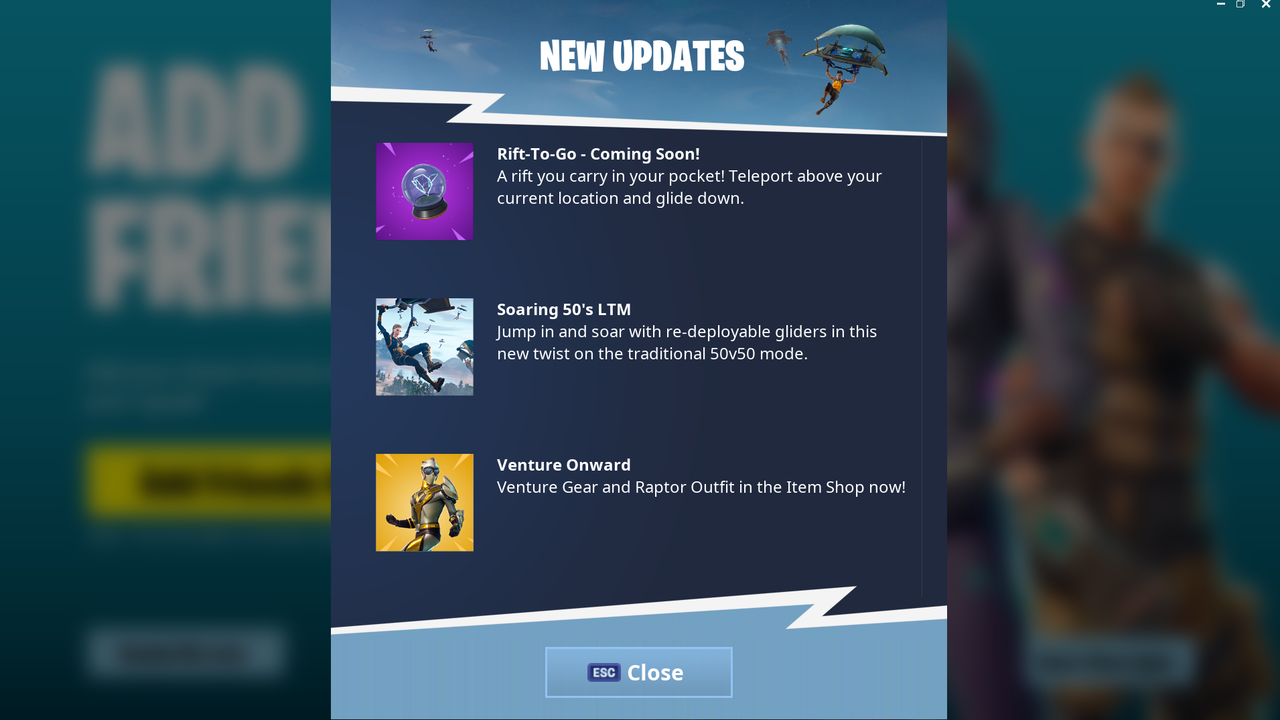 Rifts first began appearing in Fortnite at the start of Season 5 after a rocket exploded in the sky during an in-game event. More rifts began showing up around the map after the first one appeared where the rocket blew up. The rifts initially started growing, then they started spawning new items, before shrinking as they prepared to disappear entirely this week.

Blog: The design is the implementation
For Honor - Weekly Content Update for Week of July 26 Trailer
Pokemon Go Took Over a City in Japan for a Safari Zone